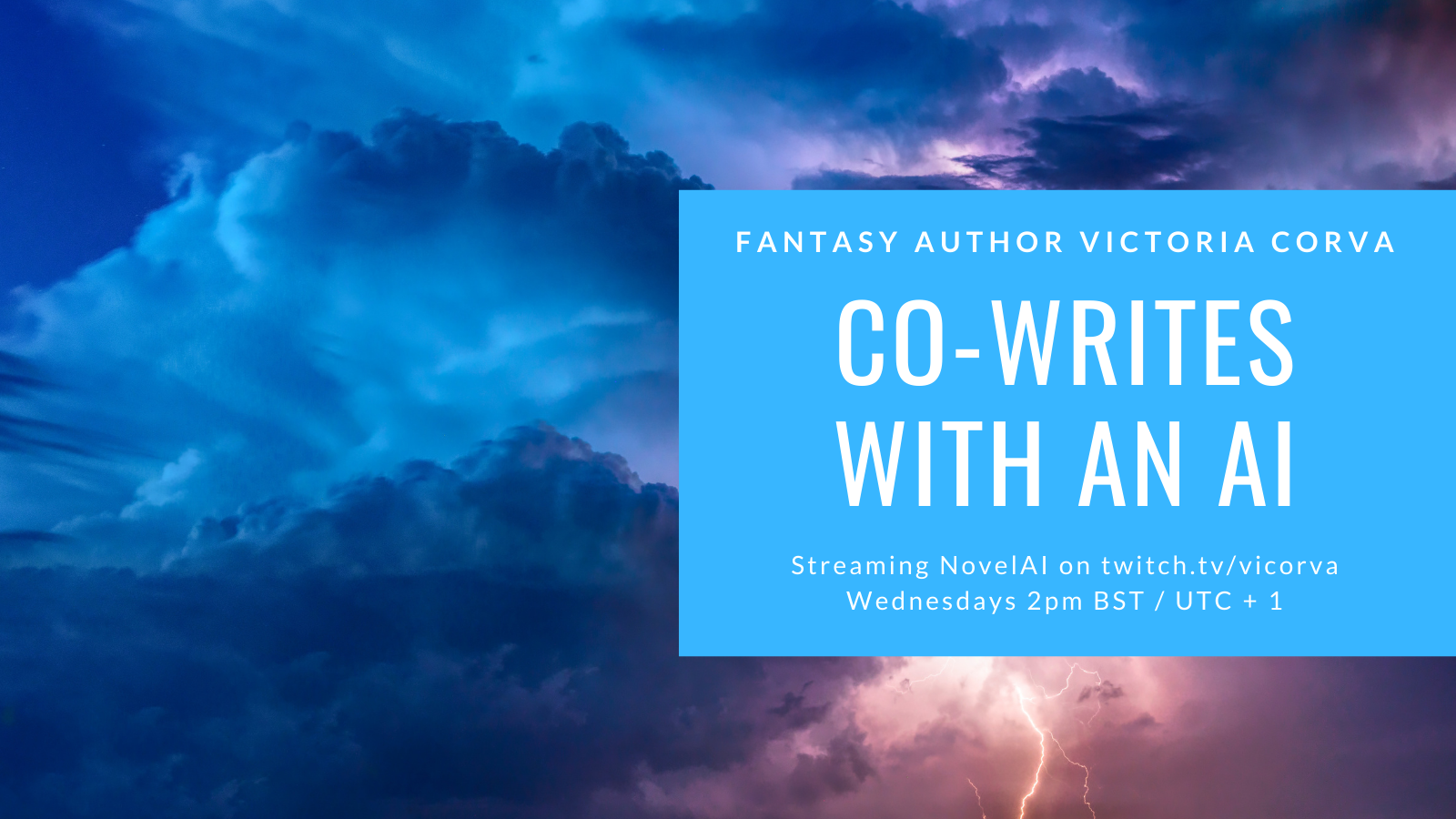 “My name is Hali. I am the caretaker of these islands. My sisters and brothers have made many such statues over the years, but I was one of the first and so my duty is to protect the island.”

“Phoenixes,” Hali says. “All phoenixes can shape rock with their flame and imbue the rock with magic. I am one such; there is a phoenix spirit in me, but I was not born of ash like my brothers and sisters.”

“But … how do you speak?” Amuin asks. They’d never heard of anyone being able to make stone talk before. It sounded almost as though someone was speaking inside their head.

There is a sound in their head now almost like a sigh. “Magic, Amuin. All the First Beings have magic of some kind. Don’t you?”

Amuin thinks about this, feeling slightly troubled. Did they have magic? They stored sunlight in their gizzard and they had breathed it on the dragonkin baby, and they thought that only dragons could do that. But then the fox people had been able to jump extremely high and dance in ways Amuin could not. Was their gizzard really any more magical than that?

“You do,” Hali says, and their voice deepens with intensity. “You are a First Being. You can reshape the world with your fire. You could even free me from this statue.”

The words sit oddly with Amuin. “What do you mean, free you? I thought you were made by your brothers and sisters?”

“I was, but I cannot move. I would be a better caretaker if my body had a freer form.” Hali’s tone is still intense.

Amuin tries to think their way around this. It seems to make sense, but something about it still doesn’t strike them quite right.

Hali continues speaking, seeming to press for Amuin’s answer. “You can free me and give me a body again.”

“I need time to think about this,” Amuin says. Truthfully, they don’t have any idea how to use their fire to do something as magical as that. And Hali is making them uncomfortable, their voice like a weight pressing on Amuin’s mind.

“Of course,” says Hali, suddenly smooth. “Take all the time you need.”

Amuin takes to the air again, deciding to get a better look at this strange island that Hali is caretaker of. Looking down at the island, they see it is covered in crystals; not just chunks of white rock strewn across the beach, but huge crystalline pillars rising up out of the sand. There are hundreds, maybe thousands, some bigger than houses.

The sun is setting and Amuin has a hard time judging distance. They circle back above the trees, thinking about what Hali said. Freeing them, they think, sounds dangerous. What if their fire gets used to change the world, and then changes so much that nothing remains as it was before? The thought makes Amuin feel queasy.

Everyone seems obsessed with Amuin’s powers. The fox people wanted their blood; the dragonkin wanted their blessing. And now Hali wants their fire. But Amuin has never wanted to impress anyone with power. They only want to see the world and learn things and make friends.

They have the uncomfortable feeling that Hali would not make a good friend.

They fly up to the tallest of the crystalline pillars and perch atop it. Their claws click against the surface. They look around, wondering what other people or wildlife they might find here. Surely if Hali is the caretaker, there must be something or someone worth taking care of.

The island seems uninhabited, save for the few birds flying overhead. This area is far from any villages.

Amuin stretches out on their side, resting their head on a crystal that’s as smooth as glass. They decide to nap here. Maybe after a good rest and a gizzard full of sunlight, they will feel more able to face Hali.

They wake to the sound of sand crunching beneath someone’s feet. They crack their eyelids; there is a fox person below, straining to get a look at them, shading her eyes as she gazes up at the pillar.

She doesn’t look like she comes from the village of fox people Amuin encountered the other day. Her clothes are different, made of long strips of brightly coloured fabric wrapped around her almost like bandages, and her fur is much shorter. There is a backpack slung over her shoulder which clinks slightly. She’s also carrying a short spear and looks ready to use it if need be.

Amuin feels a bit uneasy about being found by another species. The fox people were trying to steal their blood, after all.

The fox woman stops and cups her hands around her muzzle. “What are you doing on my island?” she yells back.

This is unexpected. Amuin thinks about yelling back that they were taking a nap, but decide the shouting match has already gone on long enough. They spread their wings and glide down. The fox woman holds her ground as they land with a whoosh of air, chin high and proud.

The fox woman sneers at them. “If you’re going to fly around this island, be quiet when you do it.”

Amuin’s head pulls back, shocked. In the few days since they left home, nobody has been anything but kind and deferential to them. “Oh.” Their voice is small. They’d expected this woman to want something from them; they hadn’t expected that to be wanting them to leave. “I’m sorry. I didn’t actually know anyone lived here. I actually came here to avoid people.”

The fox woman’s expression softens. She sniffs. “Well. That’s understandable.” Her ears flick forward. “How did you get here?”

Amuin’s head cocks to one side. “What do you mean? I flew, obviously.”

The woman shrugs. “Didn’t know dragons could fly that far.” She hoists her pack up higher on her shoulder. “Well. Try not to make so much noise when you’re flying around here. You scared away the deer I was hunting.”

Amuin is horrified by the thought. “You eat animals?”

The fox woman shrugs. “Sometimes.” She starts to trudge past them.

Amuin immediately spins to follow her, careful not to hit her with their tail. “Can I come with you?” they ask. “What is hunting like? Where did you come from? Are there other people here?” The questions spill out of them. They can hardly contain their excitement that they’ve finally met someone who isn’t trying to worship them.

“No,” the fox woman says shortly, her ears drooping slightly. “There’s no other people on my island.”

She doesn’t elaborate and instead turns towards another part of the island.

Since she hasn’t told Amuin to leave, Amuin easily keeps up with her, each long stride making up several of the woman’s. “There’s Hali,” Amuin says. “Have you met them? They’re a statue made by phoenixes. They said they’re the caretaker of the island.”

The fox woman shakes her head. “I haven’t seen anyone. I’ve been here for years, but I haven’t had any visitors at all. No one even knows about me anymore.” She stops and looks at Amuin. “Wait, did you say statue?”

She shakes her head. “I don’t want to know. There are all sorts of strange magical artifacts on this island, most of them cursed. Best to leave them alone.”

Was that what Hali was? Cursed? They decide to think more about it later. Or maybe ask Hali directly.

Instead, they ask the fox woman, “So what’s your name?”

They follow Tansy as she sets off towards the heart of the island. At first, the path is rocky and narrow with big boulders littering the way. Amuin has to climb over or around them, their talons slipping and sliding on the stone. Tansy has no such trouble, easily threading a path between the rocks.

At the centre of the island is a small grove of trees surrounded by an open space with large, flat stones placed in lines in front of some low bushes. The whole place feels abandoned. It’s not until they enter the clearing that Amuin sees Hali.

The statue, once buried in the sands of the beach, now stands upright at the centre of the grove. Seeing them makes Amuin shudder uncomfortably, their feathers rippling; Hali shouldn’t have been able to get here. Could they move? But Hali looks no more mobile than they did on the beach.

They put a paw out in front of Tansy, holding her back. “Wait. That’s Hali. The statue I told you about. But they were buried in the sand before.”

Hali’s eyes begin to glow. They’re golden, like the sun, and Amuin is immediately drawn into them, their mind feeling warm as they gaze into the depths of the statue’s eyes. A shiver runs down Amuin’s spine.

Tansy gasps. She backs away, turning to run. “Get away from it! Don’t let its magic touch you!” she yells.