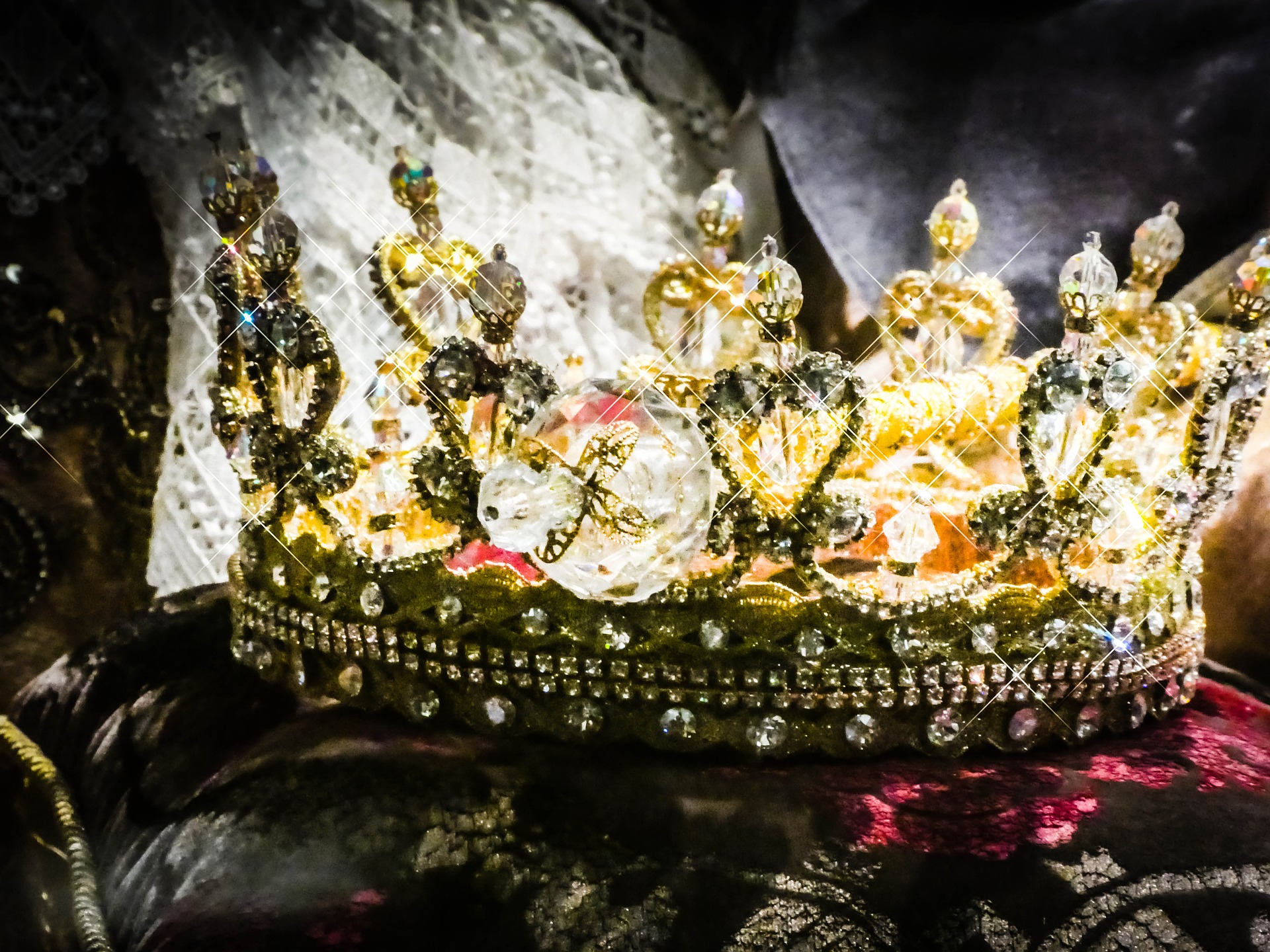 Every day, she saw them out of the corner of her eye. A person, crowned, in robes of sweeping gold.

Sitting in the empty chair in her office, leaning in the kitchen doorway, standing in the cinema aisle. Always vanishing on a closer look.

She feared the royal, at first. They made a question of her sanity, or else of her safety.

But one week passed, then two, then ten. They became familiar. A company felt even when unseen.

At last, returning home with tears on her cheeks and a black feeling in her chest, she whispered to her empty home: ‘Are you there, royal?’

She thought she heard a whisper, but could not make out the words.

Staring forward, she reached out her hand to the glittering figure at the edge of her vision.

And felt a silken hand grip hers with a spark of something strange.

Maybe she should have been scared, but all she felt was relief that someone was there, and that they cared.