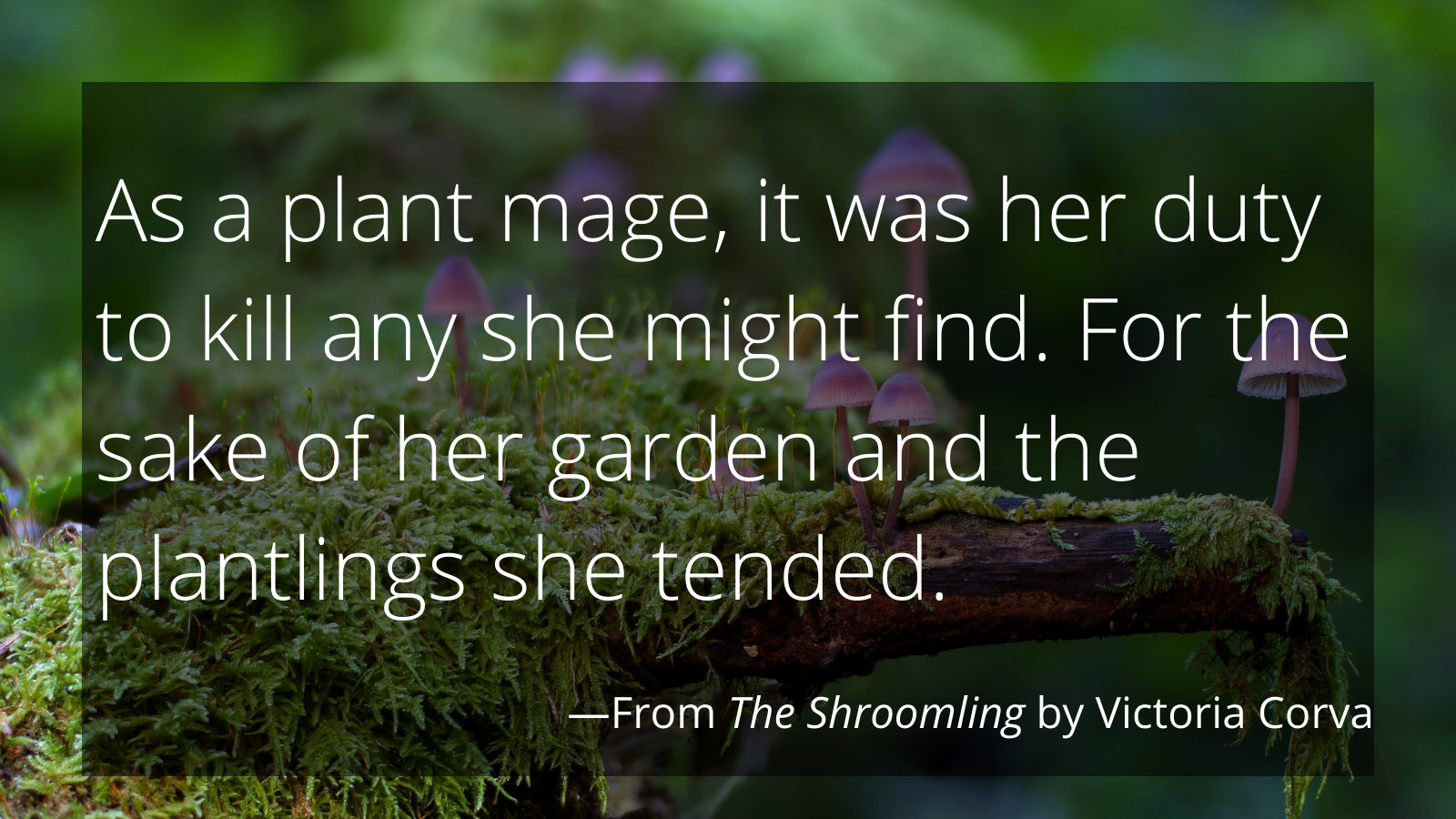 She ought to kill it.

A shroomling. Fox-like with a body of gnarled, animated dead wood. Back covered in a bright, ominous carpet of mushroom caps. Hollow eyes with points of green light gazing out.

They were deadly to plantlings, she knew, and all growing things. Many of the fungi they carried were parasitic, or even toxic to the soil they touched.

As a plant mage, it was her duty to kill any she might find. For the sake of her garden and the plantlings she tended.

The shroomling yawned, baring small, pointed teeth. It started to dig in the dirt, then chewed happily on a mouthful of worms.

Not long later, she knocked on the door of a swamp hut. The shroom witch on the other side looked surprised as she thrust the little fox-creature into his arms.

‘Try to keep them out of the Blooming Grove,’ she said, as if plant mages and shroom witches were not historic enemies.

The shroom witch sighed in relief. ‘Oh thank the gods you’re here,’ he said. ‘I’ve had some plantlings coralled here for two weeks. It’s been hell to keep the shroomlings away. They’re really curious about them …’