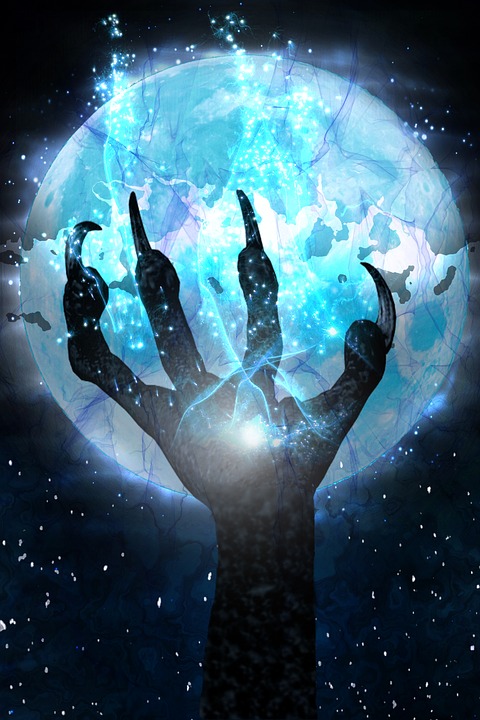 She heard howling in the night: desperate, ragged calls that faded into brokenness. The neighbours’ dogs were silent.

She put on coat and boots and stepped out into chill air under a hazy moon. Her footsteps squelched along a pavement still moist from the memory of rain.

She followed the howls away from her house and up the hill to the old churchyard. No foxes or rabbits skittered past; no bats hunted above.

A hulking figure crouched on the churchyard wall.

It was a misshapen thing of fur and fangs and bulging muscles. A twisted wolf-creature, man-like only in the broadest strokes.

Instinct urged her to flee. But she had left her home to follow its sad cry. She wouldn’t leave it now.

In the space between howls, she said, ‘Are you okay?’

It glanced at her, then away.

She climbed up beside it.

A beat later, it huddled against her side.

They stayed like that until morning came and the monster melted into a human once more.

Another microfiction for Mastodon. Image by Agnes / Adryanah, used under Pixabay License.