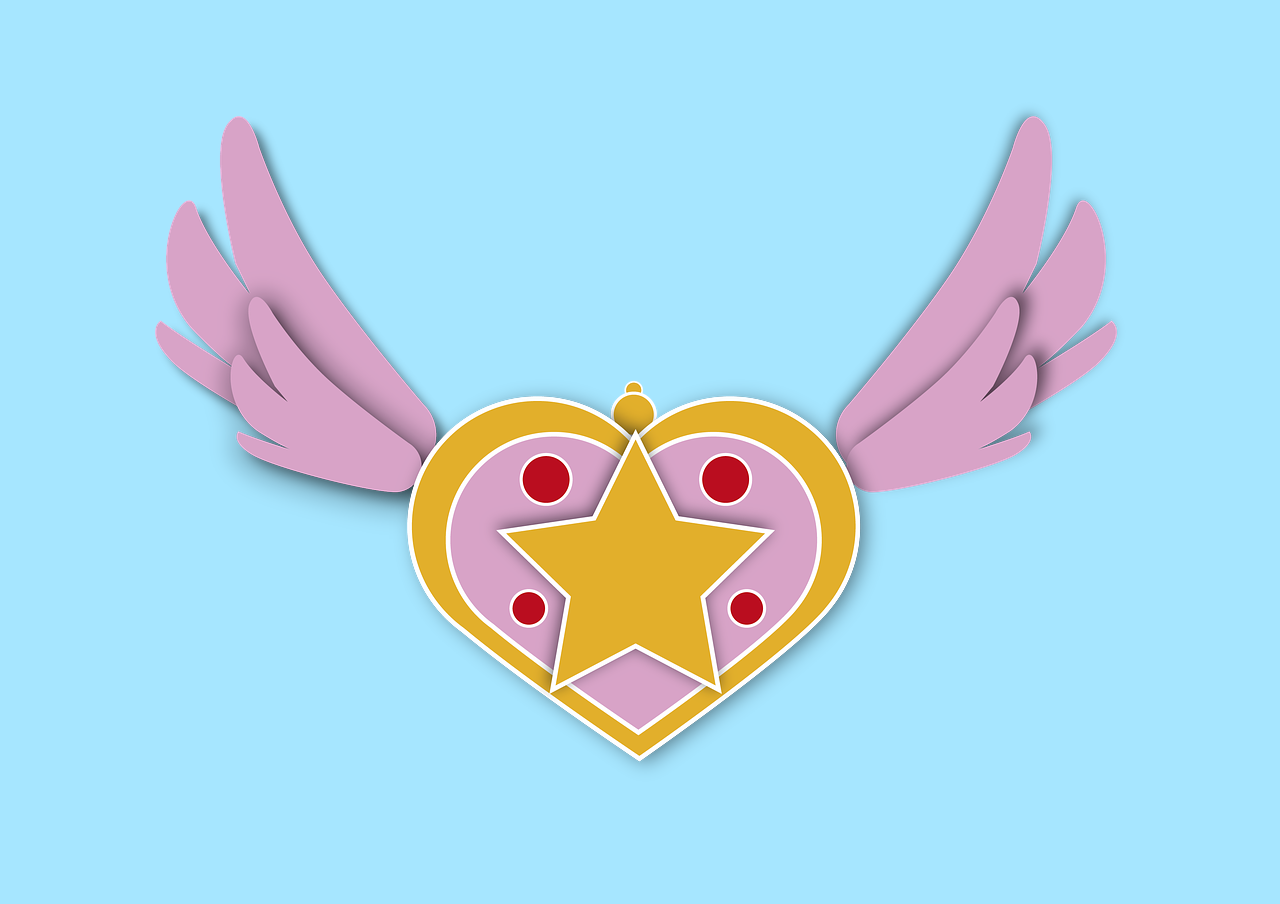 The fox’s fur shimmered in the streetlights — not copper, but gold. Its disconcertingly blue eyes were fixed on his face. Its tail swept aside, revealing a bracelet of golden stars and heart gemstones.

‘Where did you get this?’ he asked. He should go home but there was something about the bracelet …

He picked it up and clasped it around his wrist. It fit perfectly, strangely warm against his skin.

He held it up to catch the light.

His eyes flew to the fox. ‘Holy shit –‘ Before he could fully register his shock, the wind picked up.

A storm of glowing rose petals flew toward him and spun around him, an ever-tightening whirlpool of pink light. Electricity hummed through him, tingling and warm.

When the flower petals fell away and the glow faded, he looked down at himself. His clothes had changed; he wore a pink old-timey soldier’s uniform with white ruffles and golden lapels.

He stared at his gloved hands.

The fox winked at him. ‘You have inherited your powers, of course. You are Prince Rose, the Champion of Love and Hope. And you are going to save the world.’

‘I … me? There must be some mistake.’ Already, the thought of giving all this up made his heart ache.

‘No. You ARE Prince Rose. Only you could have triggered the bracelet.’ It yawned and flicked its tail at him. ‘Now — let’s go find the others.’

Another microfiction! Bit longer than intended but I was having too much fun. XD Image by yumiko124 from Pixabay.