My messy etymology of the created word ‘Sarakat’ 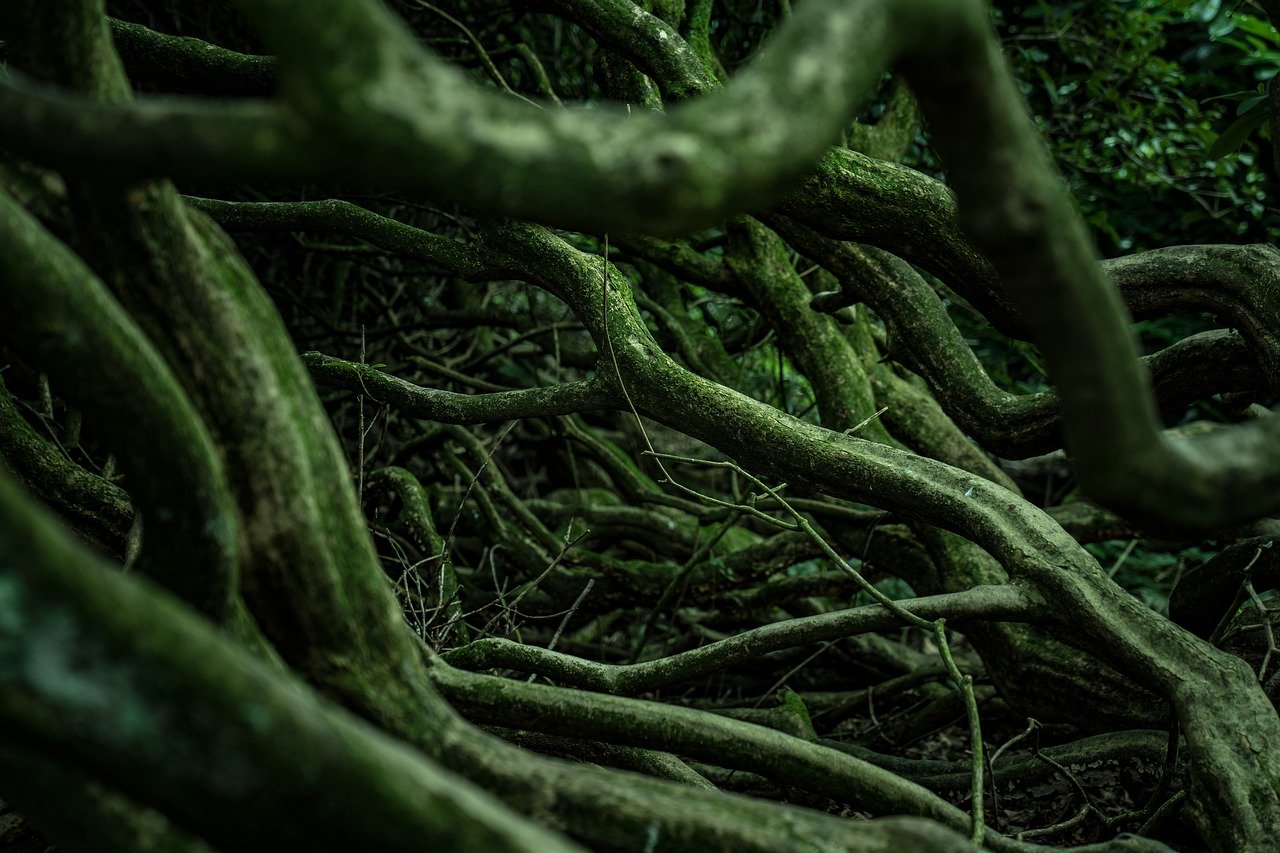 This post was originally supporter only and was posted December 2019.

As you probably know by now, I worldbuild largely on the fly and do it based on the emotional needs of the story. It’s weird and messy and probably not at all the way I’m supposed to go about it, but it works for me and I enjoy watching the world grow as the story does.

For a bit of insight into that, I thought I’d show you a small piece of that more in-depth — in particular, the creation of the word sarakat.

Here’s a quote from early on in BOOKS & BONE, to give you some context:

The boy rummaged in his pack. ‘Stay back, undead creature!’ He drew a solid iron sarakat from his pack and held it out as if to ward her off. It was the twisting, tree-shaped religious symbol of some upworlder life god or other. Hard to imagine what protection he hoped to gain from it.

So hopefully here it’s clear that sarakat is the word for a holy symbol. He’s holding it to ward her away, and this specific one is tree-shaped — a symbol of the Rootfather, in fact, who is briefly mentioned later in the book and plays a larger part in PARCHMENT & PALADINS. The only god BOOKS & BONE is really concerned with is Morrin the Undying, patroness of necromancers.

In all honesty, in the early drafts of this story, it wasn’t a sarakat. It was an ankh. That was the religious symbol that first occurred to me and I ran with it at the time, because I knew I would be able to change it later.

But ankh’s are real life symbol of a real-life ancient religion that I had no desire to crib from. At the time, I didn’t have a pantheon — I had characters with opposing backgrounds and faiths, neither of which I had fully developed. When I returned, I wanted to go into that just a little bit more.

So I created the Rootfather and considered what I’d want his symbol to be — what would be an instantly recognisable shape that wasn’t too complex to describe. A tree seemed like a good one.

Then came the word itself. Just calling it a holy symbol didn’t feel specific or weighty enough. I wanted it to feel more like a recognisable icon or object, the kind of thing that might be expected in this world.

I wish I could say that I spent a long time researching various languages and etymologies to come up with the word, but I didn’t. Honestly, for it to sound right I felt it had to sound familiar. So sarakat came from the word sacred. I kind of messed with the syllables a bit and tuned it to fit better with the languages spoken most often in this world — iyadi which is the main language of the country Smythe comes from, and which most of the characters speak, and Old Antherian, which is a dead language that necromancers use in their spells, and which bits and pieces of have ended up in common iyadi, much like Latin and English.

I think it went okay, in all honesty. It’s hard to say with worldbuilding, but readers seem to like it and nobody has complained to me about the use of the word (not even my very picky editor).

So if you’ve ever toyed with writing a fantasy world and found things like language and worldbuilding intimidating, perhaps you can look at this and think: ‘Oh, I don’t have to have it all planned out ahead of time and I can go back and change it’, and maybe that’ll be less intimidating.

—
Image by Atanas Paskalev from Pixabay.