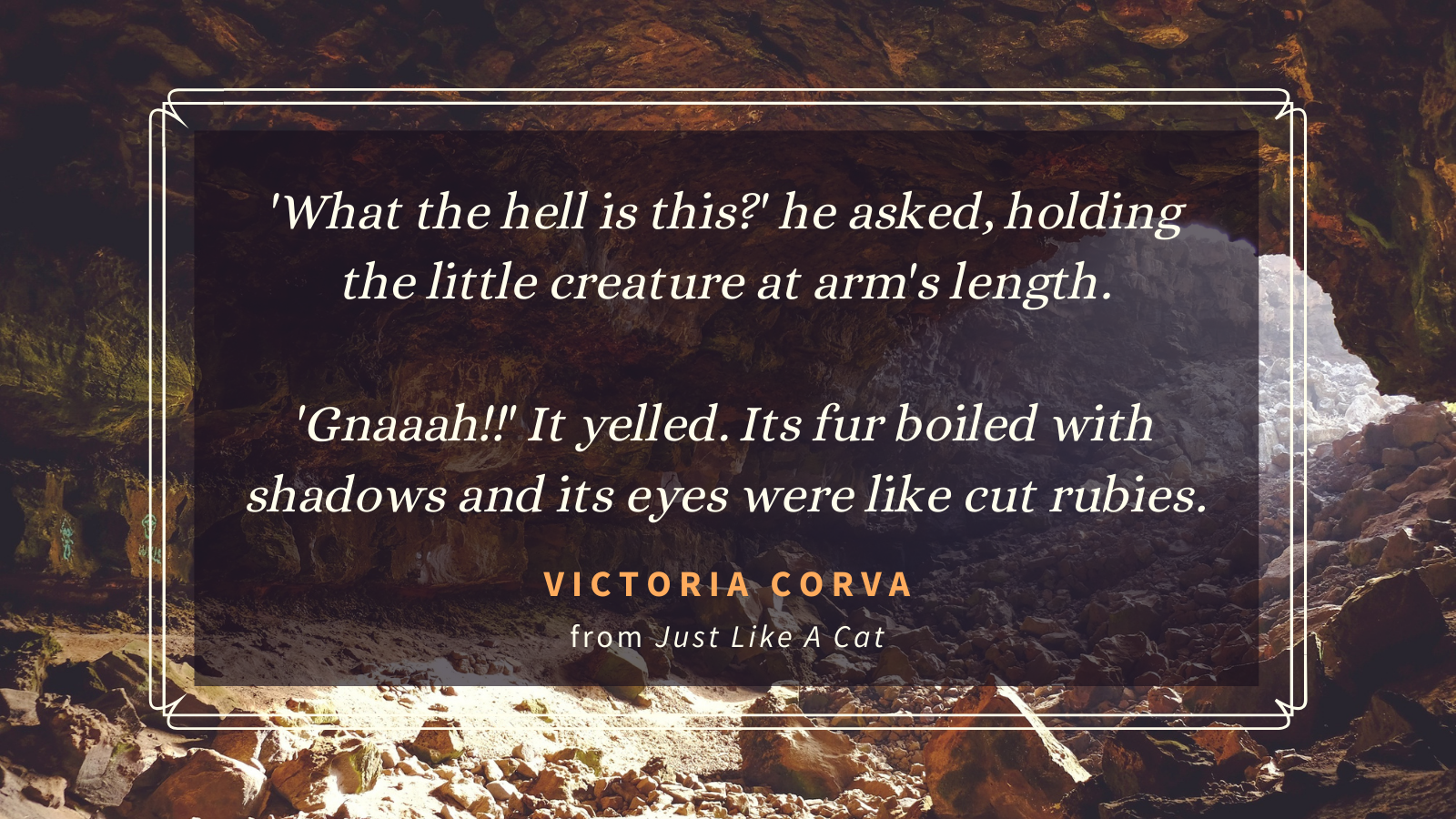 ‘What the hell is this?’ he asked, holding the little creature at arm’s length.

‘Gnaaah!!’ it yelled. Its fur boiled with shadows and its eyes were like cut rubies. It gnashed pointed teeth in a too-wide smile and flailed toward him with ape-like arms.

‘Some kind of lesser demon, I think,’ said his companion. She looked unconcerned, flipping through her book. ‘Just dunk it in holy water or something.’

But that would kill it.

He winced as the creature raked its claws down his arms.

‘I’m gonna give you a chance,’ he said. ‘I had a cat like you. All scratching and hissing.’ He set it carefully on the floor.

It raised its arms and yelled again. ‘Graaaorgh!’

He sat down next to it, fishing in his pack, then peeled open a can.

‘Tuna?’ he asked, offering it.

The woman rolled her eyes, but didn’t interfere.