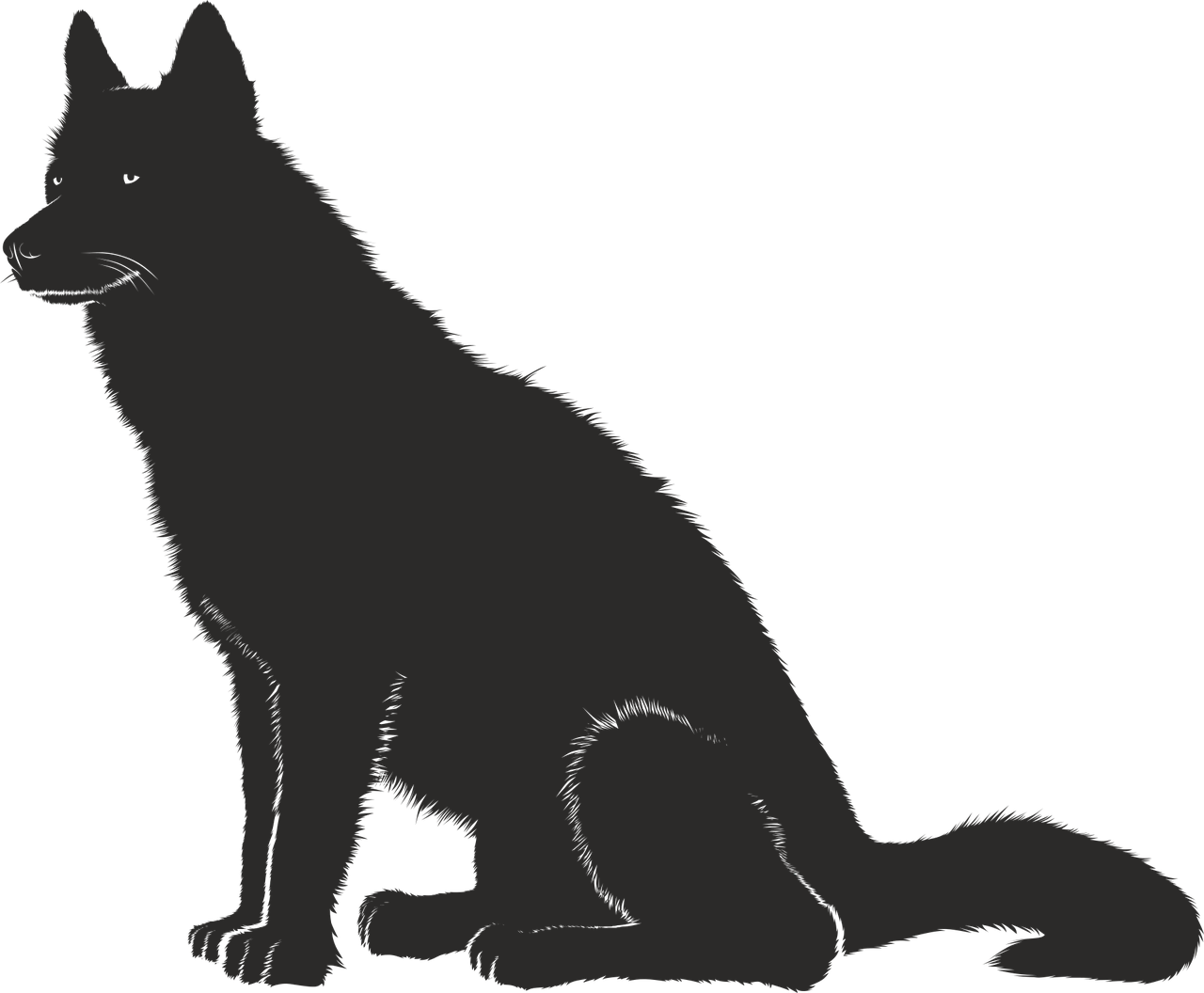 He found it on a country lane. A beast of curling black fur and heavy paws. Its red eyes lit up its face in the dark; long muzzle, long tongue, long teeth.

‘It’s okay,’ he said gently. Lacking anything better, he offered it a ham sandwich, arm outstretched.

The beast growled, a sound of low menace that brought to mind the first rumble of an avalanche.

‘I won’t hurt you, I promise,’ he said. He laid the sandwich on the ground and took a step back. ‘Try it.’

The beast lunged forward and snapped up the sandwich. Its teeth clacked and its mouth smacked wetly.

When it finished, its eyes snapped back up to his face. It licked once, then stilled. Its shoulders bunched.

He crouched down and offered a hand. ‘I haven’t got anything else on me. You’re a handsome one, aren’t you? Are you a Bernese cross or something?’

The beast disappeared in a spray of red particles, only to re-materialise on his chest.

He gazed up into those terrible red eyes. ‘Not a Bernese, then,’ he wheezed.

The beast stared down at him. Its tail wagged once.

And then it attacked him with all the slobbery ferocity of a horrible monster who had long been waiting for a friend.

Another for Mastodon. Feeling in a mood for good boys — human and canine, so here we are. Image by Gorkhs from Pixabay, used under Pixabay License.