Body Positivity: There is no ‘instead’ 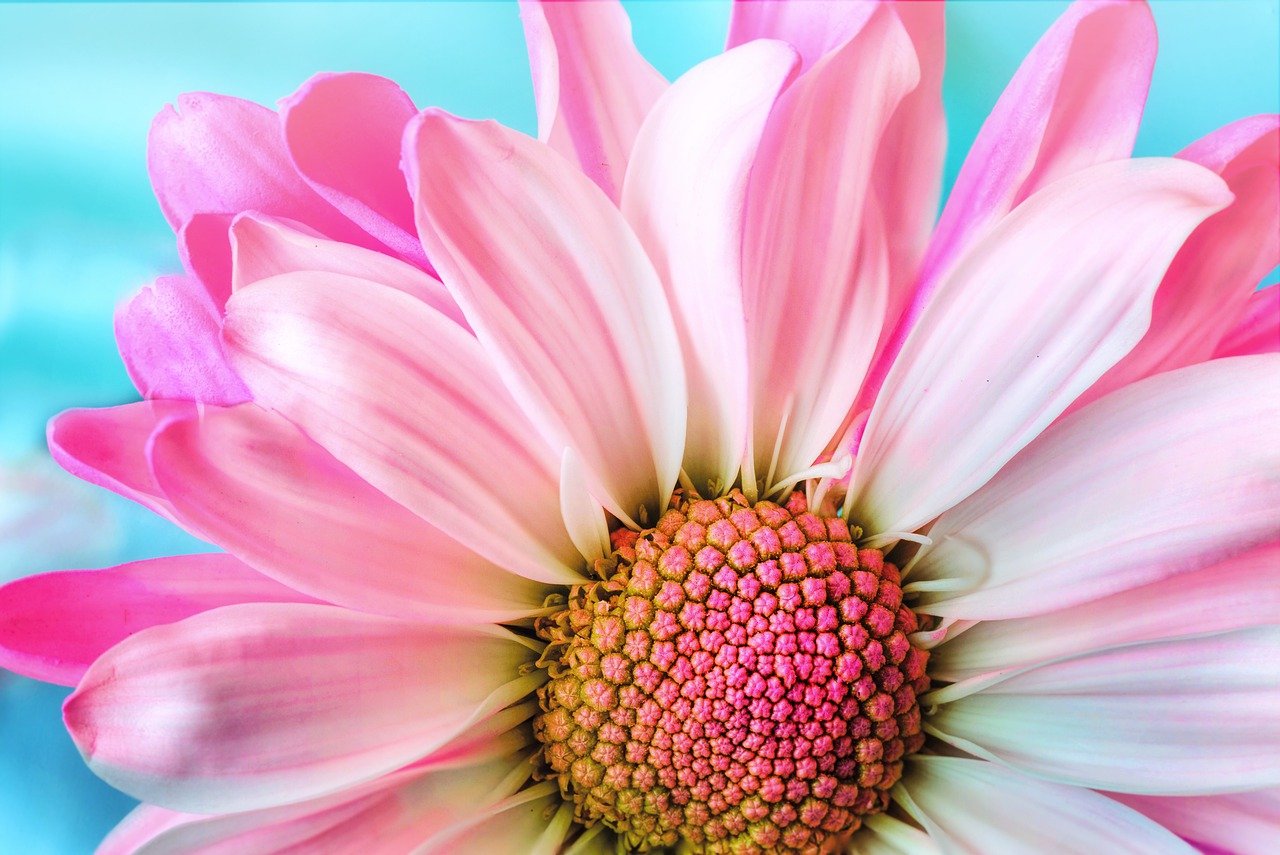 There’s a post doing the rounds again that I just have to address. It has always sat badly with me and I feel now is the first time I can properly articulate it. Here’s the post, for reference (image because I don’t want to implicate friends and the source link keeps erroring). For the record, I don’t think said friends are fatphobic. I don’t even think this post is meant to be fatphobic. I think this post (and its thinking) is a bit of a trap. 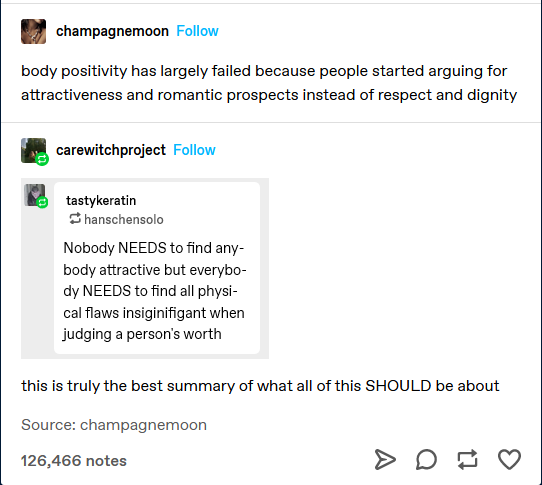 You know the meme: ‘What looks like X but actually isn’t?’

This, I must say, Looks Like Body Positivity But Isn’t.

But tying it to the failure of the body positivity movement makes it actually very harmful.

attractiveness and romantic prospects instead of respect and dignity

Where are you getting the ‘instead’? Examine this. Because the body positivity movement has many parts. The foremost is that we want to be treated like actual goddamn people, with the same job prospects and the same quality of healthcare. Fat people are being killed by thin people’s disgust for us and their need for us to be ‘fixed’.

But another part is absolutely attractiveness. It isn’t ‘everyone must be attracted to fat people’, it’s ‘people are allowed to find fat people attractive’. It’s about changing our bodies from a taboo or a fetish into a normal thing. It’s about being allowed to put on a new outfit and think we look cute. It’s about not hating ourselves.

And yes, it’s about romantic prospects too. What is terrible about that? Why does it bother you to think that some fat people might also desire romance?

Well, I’ve got some bad news for you because … that’s fatphobic, buddy. Fat people are allowed to desire and be desired. We’re allowed to be visible. That’s all part and parcel of the ‘respect and dignity’ part of it. There is no ‘instead’.

2) The ‘Failure of body positivity

body positivity has largely failed because

And I think it’s bloody rich that people want to blame the struggle on fat people (as everything always is) instead of on government advertising campaigns shifting the blame of covid onto fat people. Instead of on diet programs who make their money on impossible-to-achieve goals. Instead of on doctors for recommending weight loss as the solution to all problems, ignoring that for many sustainable weight loss is a myth, and that yo-yoing in weight is much more harmful than fatness. Instead of on thin people co-opting it to be about loving their unfat, societally desirable bodies.

And instead of on a thin culture that is disgusted by our bodies, wants to feel superior to our bodies, and doesn’t want to grapple with that.

The body positivity movement isn’t about attractiveness. It’s about getting goddamned health care and basic human decency. It’s about not wanting to harm ourselves because of the ways society has arbitrarily decided we’ve failed. But our attractiveness is absolutely a fucking part of that.

3) Of course nobody ‘NEEDS’ to find anybody attractive

Look. It is easy for thin people to say ‘I want to support body positivity but I find fat people repulsive. How can I reconcile these two things so that I can still claim to be body positive?’ and here this post provides the answer they want: you don’t NEED to be attracted to fat people! You can ignore their disgusting physical flaws as long as you don’t treat them like actual dirt!

But here is the truth: not examining that prejudice, not examining those feelings, is the antithesis of body positivity. If your partner becomes fat and you stopped being attracted to them, the answer is not ‘well I’m just not into fatties, guess this is over’ the answer is ‘why is this a thing for me?’ Because the truth of the matter is that you have been systemically indoctrinated to think fat = ugly, fat = stupid, fat = unhealthy, fat = slobby. Thinsexual is not a sexual orientation. Examine why you think it is.

This has been a mess of a rant response from me but I hope I’ve got the point across.

Yes, you should treat all people, regardless of how attracted to them you are, as human beings of worth.

Yes, being able to make a blanket statement of ‘I don’t find fat people attractive’ is fatphobic and is something you need to at least examine.

Yes, the body positivity movement should be about more than attractiveness.

And if you were paying attention, you would know that.

A few links just off the top of my head:

Everything You Know About Obesity Is Wrong — the article I recommend to everyone to begin to grapple with fatphobia, body positivity, and what it actually means to be fat

Comments are disabled because talking about fatness always brings assholes out of the woodwork, but you can find me on Mastodon and on Twitter. I am, however, not interested in debating you. If you disagree, read the article I linked you, digest it, and then if you’re still angry at me for making this post go complain about it somewhere I won’t see it. That’s just basic decency.

Image by Jill Wellington from Pixabay.