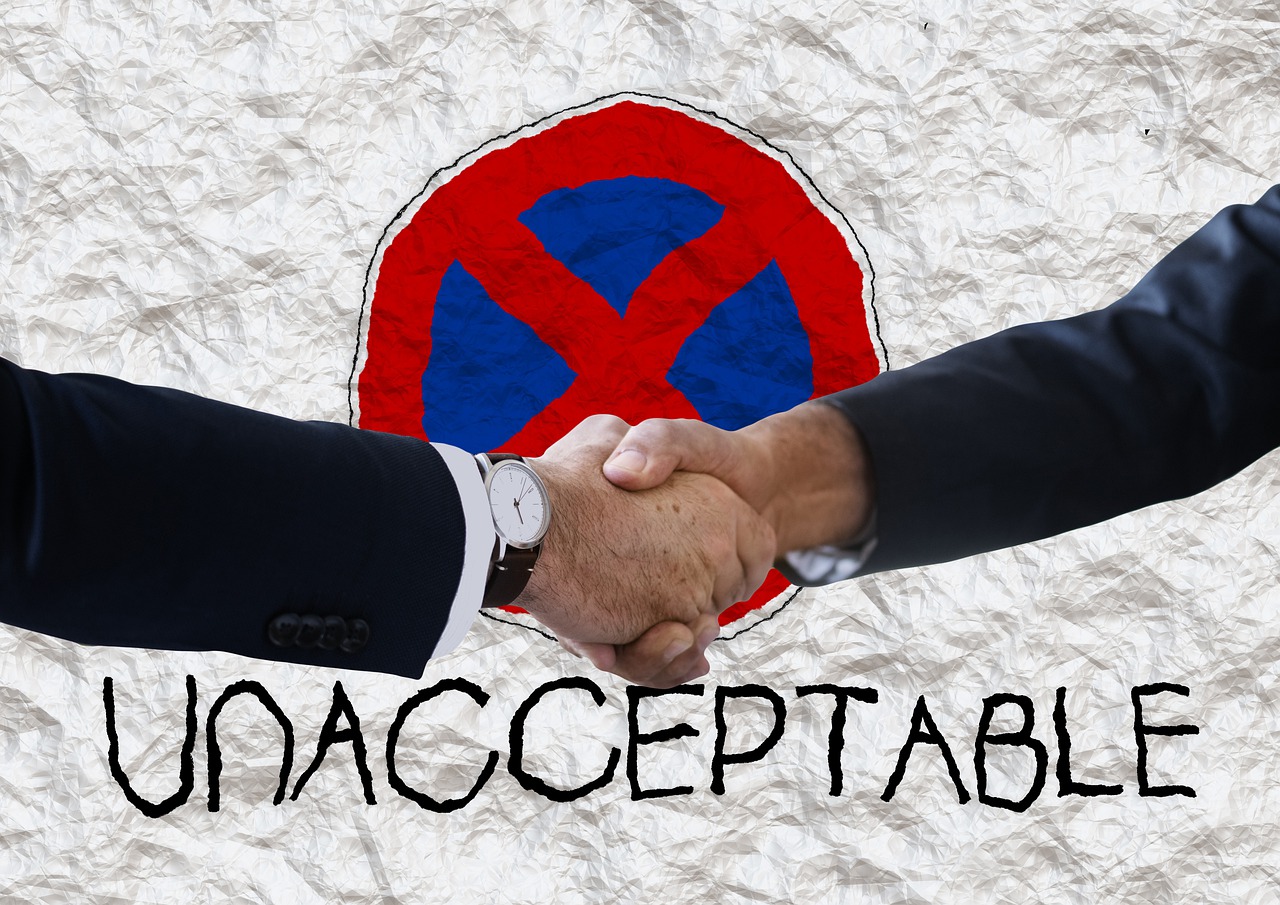 Have I ever told you about my run-in with a “handshake coach”?

Once upon a time, I went to a two-week business course prepping for one of many unsuccessful roles in my life.

It was far from home with lots of group work, and because I am autistic and anxious and not always able to pretend otherwise, the course instructor seated me by the door and gave me permission to opt out of any activities I chose.

Guest instructors were largely corporate types who ‘retired’ into consultant roles and who volunteered to talk about how successful they were to a group of largely young artists looking to start crafting businesses.

I was in that group — at the time, looking to start an online bookshop.

One of the instructors was particularly hyped by the instructor. ‘You’ll learn so much,’ she said. ‘He’s such a character and he has so much to teach you.’

His name was Bill Fucking Sykes, and I say it like that because he spent twenty minutes explaining what a blessing his name was in business and how people treat him like a minor celebrity because of it.

That made me dislike him.

Then he went on about how he had worked in a tech start-up in ‘La La Land’ because that was ‘where the money is’. He knew nothing about tech but he did know PEOPLE.

He winked at me.

I knew that this was not going to go well.

He was there, our instructor interrupted excitedly, to teach us about handshakes.

‘There is no more important way to make a first impression,’ he said. ‘You’ll think me old-fashioned, but it’s absolutely true. And I guarantee it will apply to every one of your businesses.’

I was avoiding eye contact because I am autistic and I barely make eye contact with people I like, so of course he chose me as his demonstration.

‘Tell me about your business,’ said Bill Fucking Sykes, planting himself in front of me and trying to gaze earnestly into my extremely averted eyes. ‘Tell me, and I’ll tell you how handshakes will be important in your business. What’s your business?’

I looked up and made the kind of eye contact I only make when I hate someone. Like when they’re bobbing around exaggeratedly trying to meet my eyes.

This seemed to rattle him, but he rallied as only the supremely confident can.

‘Well, you must have suppliers!’ he said. ‘And when you meet them, you’ll give them a handshake, and that handshake will determine your entire business relationship.’

‘I get all my stock online,’ I said tiredly.

‘That’s a mistake,’ said Bill Fucking Sykes. ‘I promise you, a business needs a human touch.’

Gingerly, I extended my hand. I glanced at the instructor — she was hovering anxiously in the background. This was not going the way she had imagined.

Bill Sykes proceeded to crush my hand in a show of masculine superiority, jarring it with a sharp shake that made my bones creak.

‘What did that handshake tell you?’ he asked me.

I wanted this to end so badly but I wasn’t going to let this pass unchallenged.

‘It hurt my hand,’ I said. ‘Anyone who shakes my hand that way clearly cares more about asserting power than about the comfort of the person you’re dealing with.’

‘Does it make you trust me?’ he said.

Another woman there who was kind but terrifying, spoke up: ‘Maybe you need to adapt to your target,’ she said. ‘Some people don’t like hard handshakes.’

‘I guess if you’re dealing with a ‘delicate’ type,’ said Bill Fucking Sykes, gesturing first at me and then at the woman.

She gave him the blank-eyed smile of someone choosing where to bury the body.

I opted out of the handshake pairing exercise.

A couple other people, seeing my opt-out, opted out as well.

Bill Fucking Sykes approached me, after wandering around and patting people heartily on the back.

I didn’t smile. The instructor leapt in to rescue us from each other and I went back to my seat.

He continued to tell us about ‘the human touch’ and also tried to convince us of the importance of saying things like ‘trust me’ and ‘I promise you’.

But the group was against him. In an hour-long session, all he’d managed to convince anyone of was that you shouldn’t touch people without asking, firm handshakes are a warning sign, and ‘trust me’ are the words of a serial liar.

Afterwards, the instructor said, ‘Well! That was enlightening. It, uh, usually goes better than that.’

She glanced at me, but I wasn’t sorry. And neither was the other woman who met my eyes and bared her teeth in solidarity.

Anyway! That’s the story of how a handshake coach tried to force me to trust him and instead highlighted a toxic business cultural practice.

Don’t shake hands, don’t crush people if you do, never say ‘trust me’ to a stranger, and don’t wink at an avoidant autistic person unless you’re prepared to fight.

I hope he didn’t get invited back.

Image by Gerd Altmann from Pixabay