My delightful visit to a 5,500 year old tomb 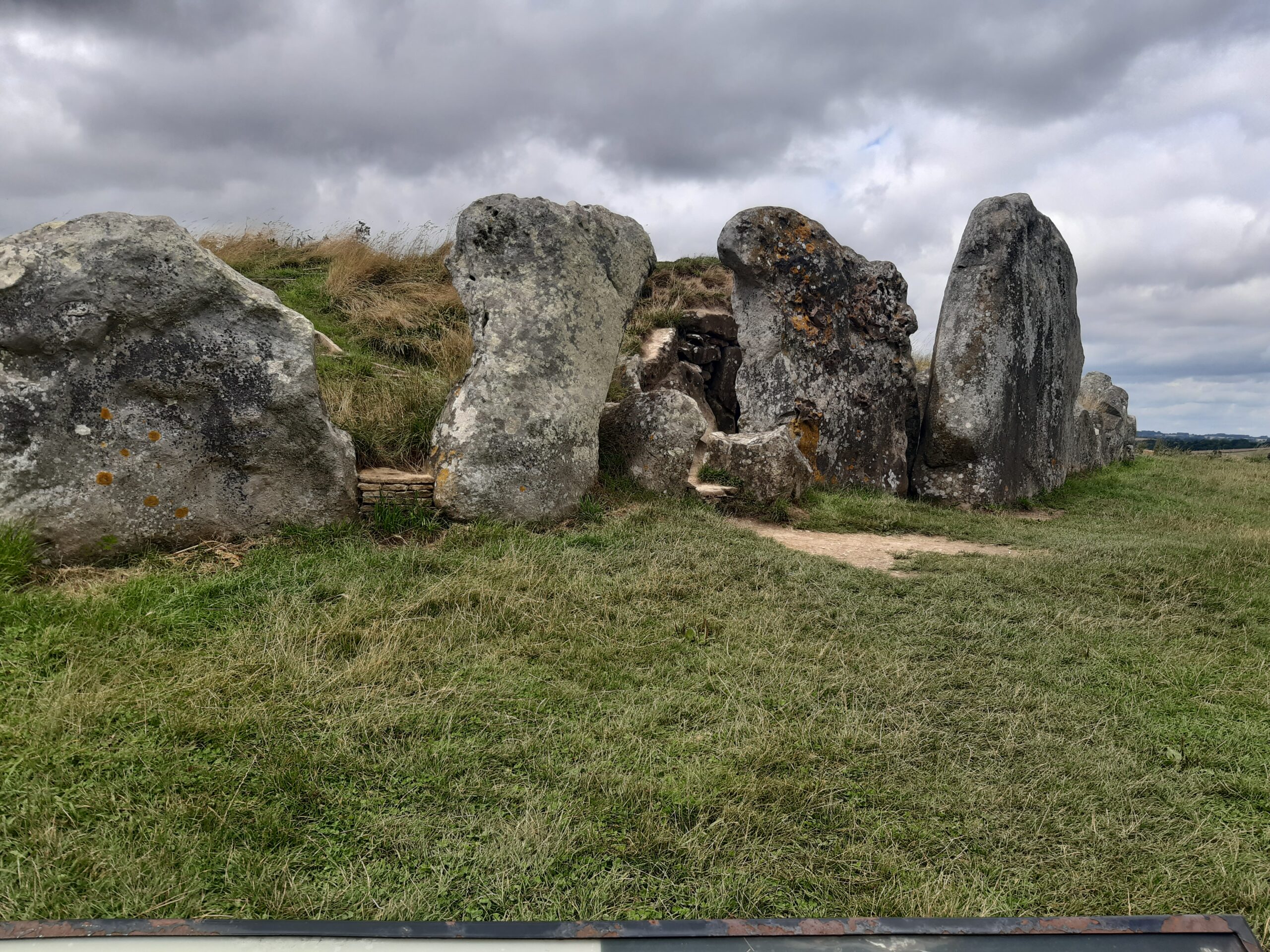 I had a week off last week and our big planned trip was to West Kennet Long Barrow.

The fun of West Kennet Long Barrow is that it is a beautiful tomb. Just extremely tomb-y. It even has multiple chambers, a rarity among surviving tombs in the region.

To get there, you drive to the outskirts of one of the UK’s largest (and in my opinion, coolest) stone circles, Avebury. And you cross the road from Silbury Hill, an ancient constructed hill that surprisingly does not contain a tomb. In fact, archaeologists believe that it was the construction of the hill itself that was significant, and that it took multiple generations to do so. (Then in medieval times they plopped a trebuchet or something on it, thus flattening the top.

It always makes me happy to look at Silbury Hill. I mean, look at it. It’s the same shape as like a syrup pudding. It’s just very good.

Anyway, across from it is a natural hill guarded by cows, and at the top of that natural hill is West Kennet Long Barrow.

Of note: the cows were extremely excellent. Also on our way back down, most of them were laying down, so my partner Joh took a census of how many cows predicted rain. Roughly 2 out of 3 cows were in favour, apparently, but they were wrong. It didn’t rain!

West Kennet Long Barrow is blocked by large stones and you can walk along the top, which is … well, it’s just a very long mound. But you can explore some of the inside, in which you find multiple chambers of stone with no light whatsoever. We did our best with a tiny keyring torch to get some photos. It smelled faintly of incense and flowers; being more or less on the site of Avebury means it gets frequent visitors from pagans, wiccans, and druids. It made it feel more friendly and welcoming, and it was kind of touching that someone felt like leaving flowers on the graves of people who died thousands of years ago. 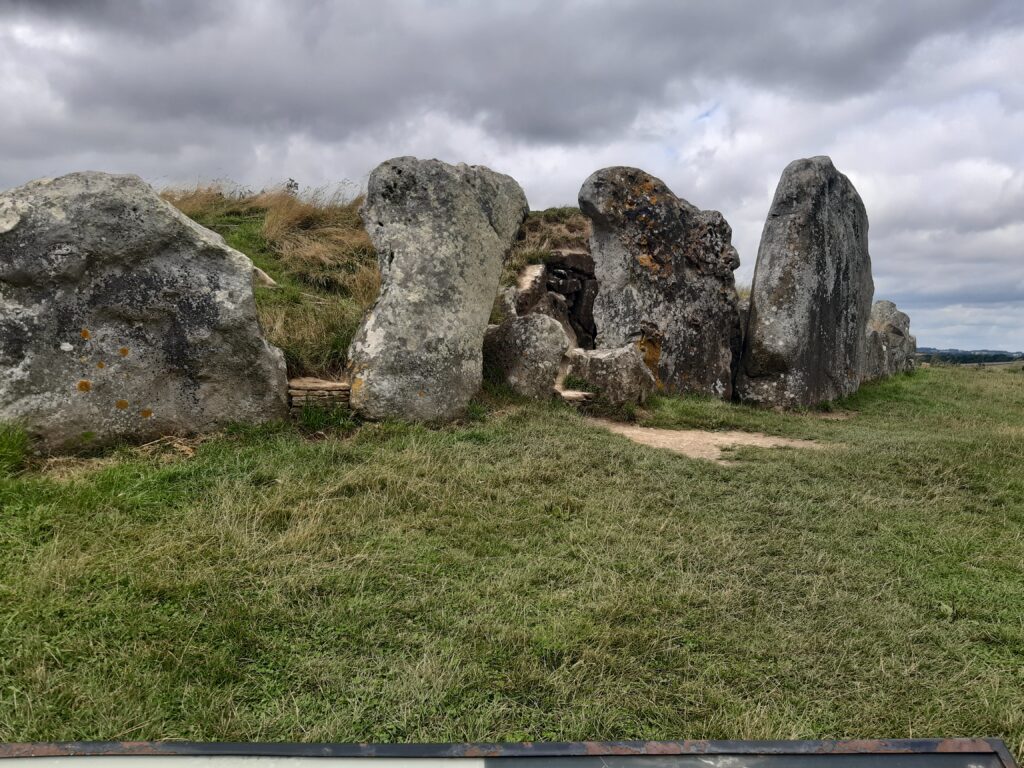 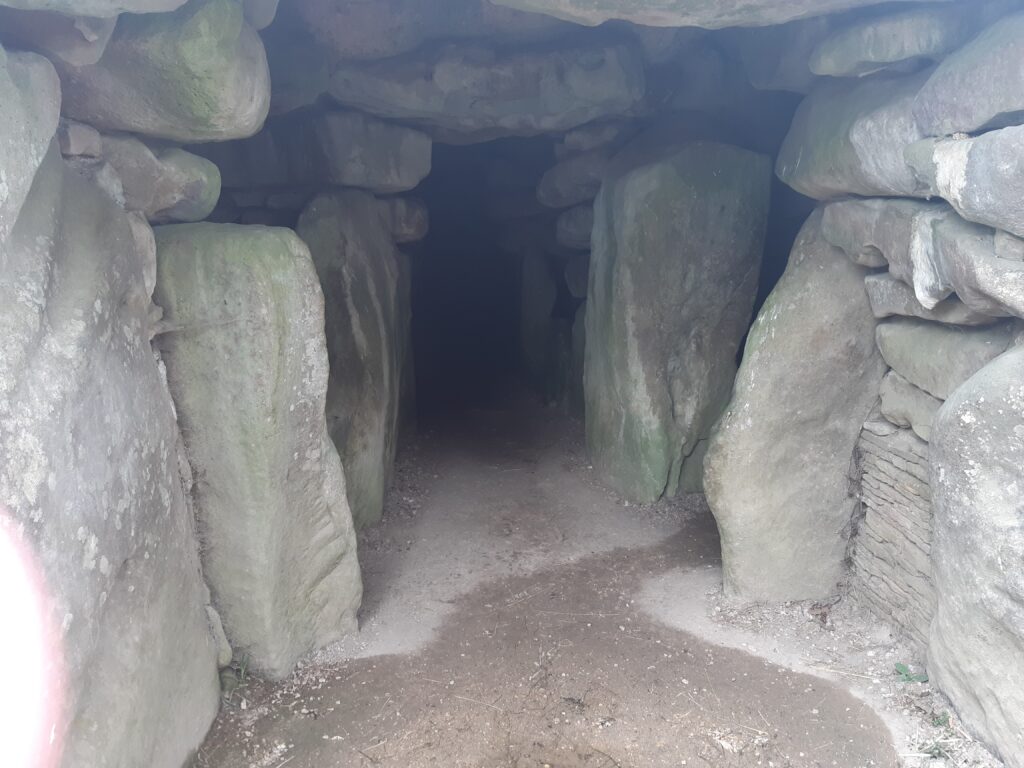 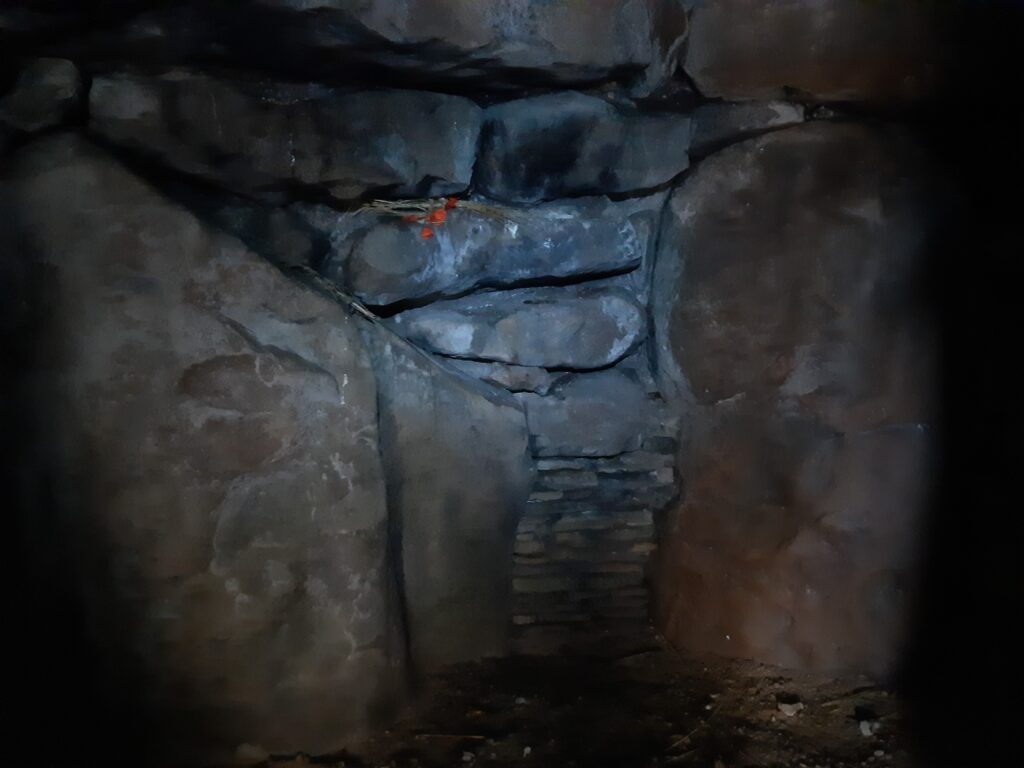 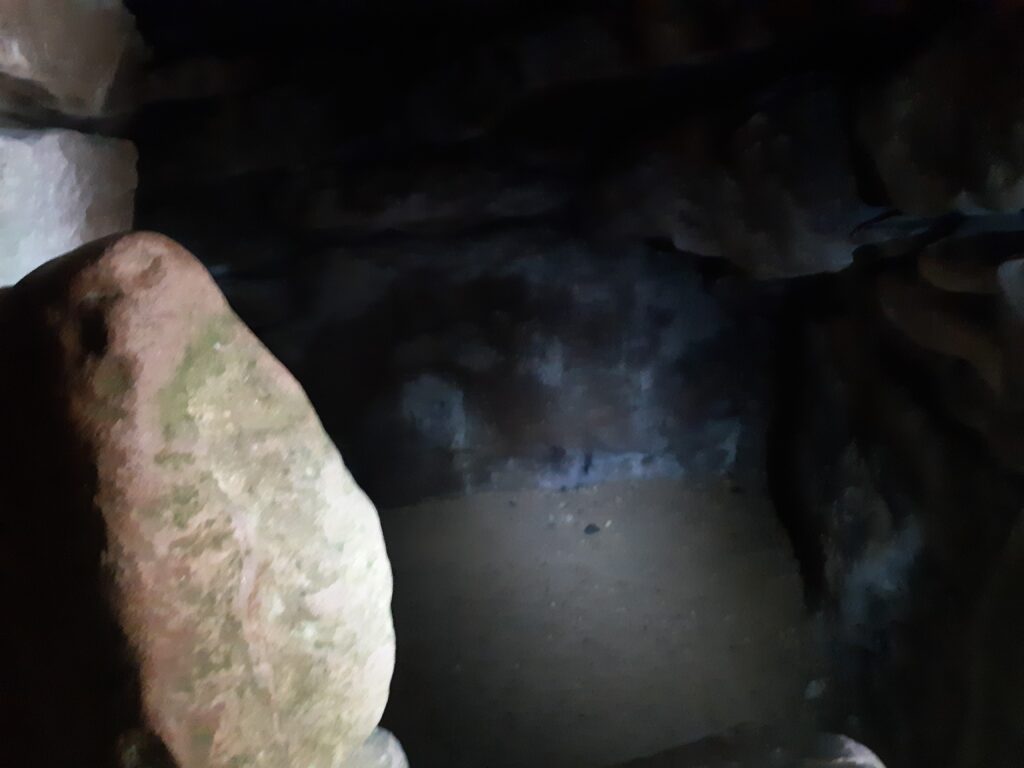 There were also birds, probably swallows, nesting right at the entrance of the barrow, and we saw the parents frequently swooping in and disappearing into an unseen crack. Which obviously was brilliant.

We had the briefest visit to Avebury but didn’t make it around the stone circles this time (but we’ll be back, I’m sure, as we love Avebury). But I did see some truly excellent caterpillars.

The first was fuzzy and cute and pretty normal-sized for a caterpillar.

The second was a beast that was as long as my hand and appeared to be mimicking a snake head. Both times I stopped in the middle of a busy footpath to get pictures of them. The second time (the beast), people seemed relieved that it was a caterpillar — Joh reckons it looked like poo from a distance. I don’t mind looking a bit eccentric though if it means I get to have a look at a truly excellent caterpillar!

Anyway, just wanted to share a bit of the experience. I definitely recommend West Kennet Long Barrow to anyone who wants to visit a proper tomb!