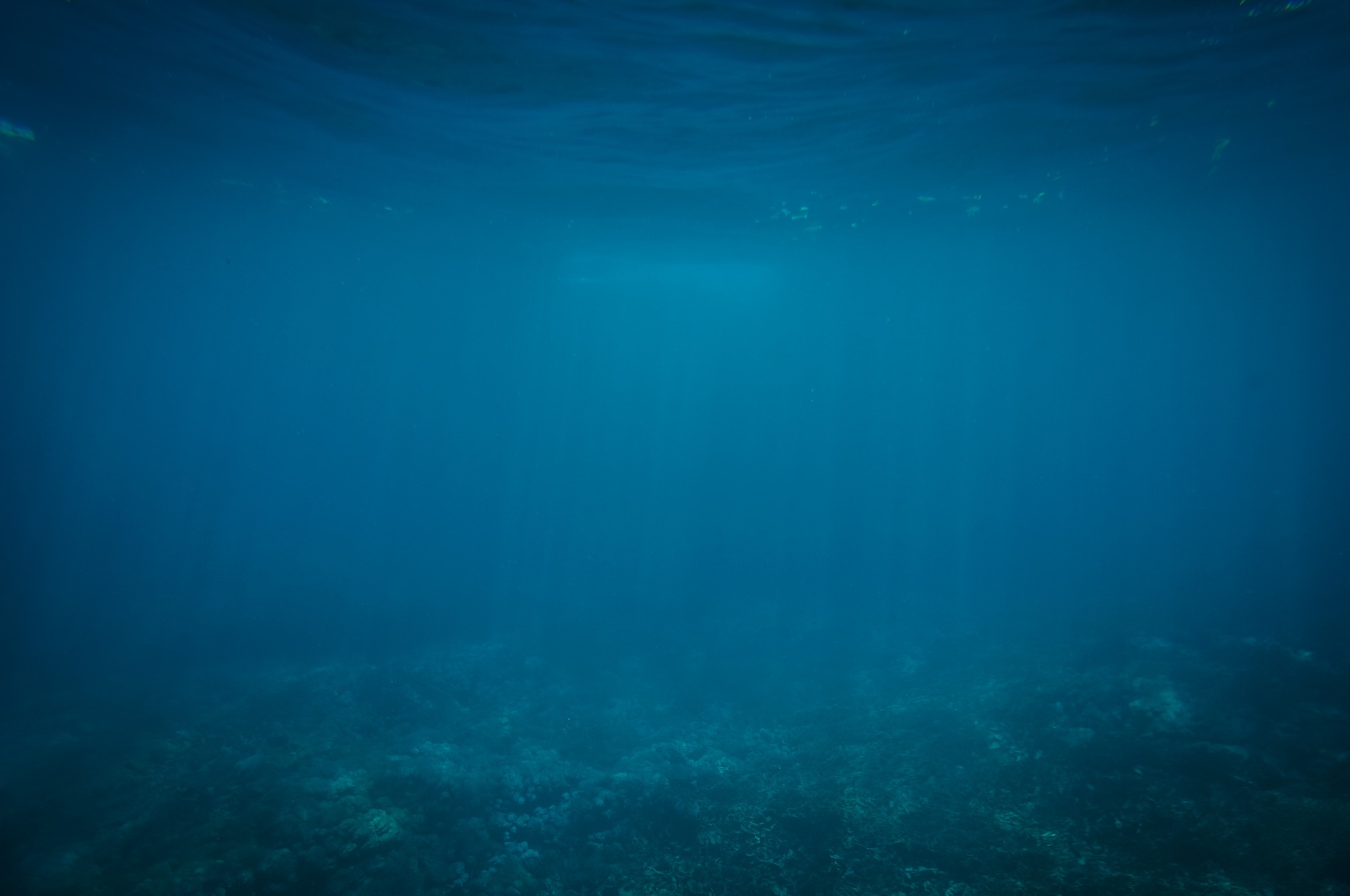 There is a woman drifting in the deep.

Her eyes are closed, her limbs loose and floating. Fish dart in and out of her hair. Many-armed things probe her face with curious curls.

When she feels the sunlight rippling across her face, she is weary because it is about to begin again.

She will be fished from the water and forced to glare and bare her teeth for their pleasure. They will scour the scales from her skin and rip the coral from her scalp.

They think because they found her, that she belongs to them.

When she lunges for the ocean, they will hold her tight. It is not safe for you, they will say, as their hands bruise the skin they stripped. We know better, we know better.

They will bind her. They will force her into clothes that rasp on her senses and will drag in the water. She did not need clothes when she was free.

This time, as the net descends and the hands reach for her, she feels regret. She is tired of the people. She speaks their tongue but they will not listen. She does not want to win her freedom with the teeth they tried to blunt and the nails they tried to file. Her freedom, like herself, was never theirs to give. And she is a savage thing, but even savage things tire of the taste of blood.

She is borne into the hated air and dropped on a floor of smooth wood. Before they can push on her chest and peck at her mouth, she opens her eyes, to show them that she is alive, because they cannot conceive of what she is.

The sunlight is like a needle straight through each iris but she doesn’t blink.

A man and a woman stare at her, their brows knit with concern. They are siblings, perhaps — the same dark hair, the same dark eyes, the same anxious tilt to their mouths.

‘Are you alright?’ asks the woman.

‘Send me back,’ she replies. She looks at the water, then at them. ‘You must send me back.’

The little craft they have dragged her onto bobs in the current.

The woman splutters. ‘To the ocean?‘ she says, as if that was not clear.

‘I will not.’ She fixes them with her stare, tired of the farce, tired of the net tangled around her legs, of the hated sun drying her skin. ‘I do not belong here. You must send me back.’

The man and the woman look at each other, and a snarl begins in her throat. It is such a low rumble that they do not detect it. They are scheming, she knows. They will tie her up and brush her hair and try to make her into something she is not.

‘You’re … not like us, are you?’ asks the woman. She giggles nervously.

‘Yes.’ The snarl is audible now; the woman winces at the sound.

The man and the woman nod to each other. ‘Then go.’ The woman pulls the net from her legs.

She leans over the side of the boat.

This is it. The trick. The moment. She is poised and they cannot stop her now, and it is only because of this that she turns back.

The man wrings his hands. ‘Could I breathe down there?’ he says. ‘Like you do?’

The question is a surprise. ‘Only if you belong.’

He nods, and then nods again. ‘Then I will try.’

He throws his arms around the woman. ‘Don’t you see, I have to try.’

He offers his hands to she of the deep, and she pulls him under.

There is a woman drifting in the deep. Her blood is cold and scales coat her skin. Her eyes are closed and she does not move. When she feels the sunlight rippling across her face, she is weary because it is about to begin again. The people are cruel. They think because they found her, she belongs to them.

But she is also hopeful. The world is changing. And though she is a savage thing willing to use teeth and claws to win her freedom, for the first time it occurs to her that she may not have to.

She is not the only one the deep calls to.

And there are people who understand that she is hers, and belongs only to herself and to the deep.

Image by Free-Photos from Pixabay, used under Pixabay License.