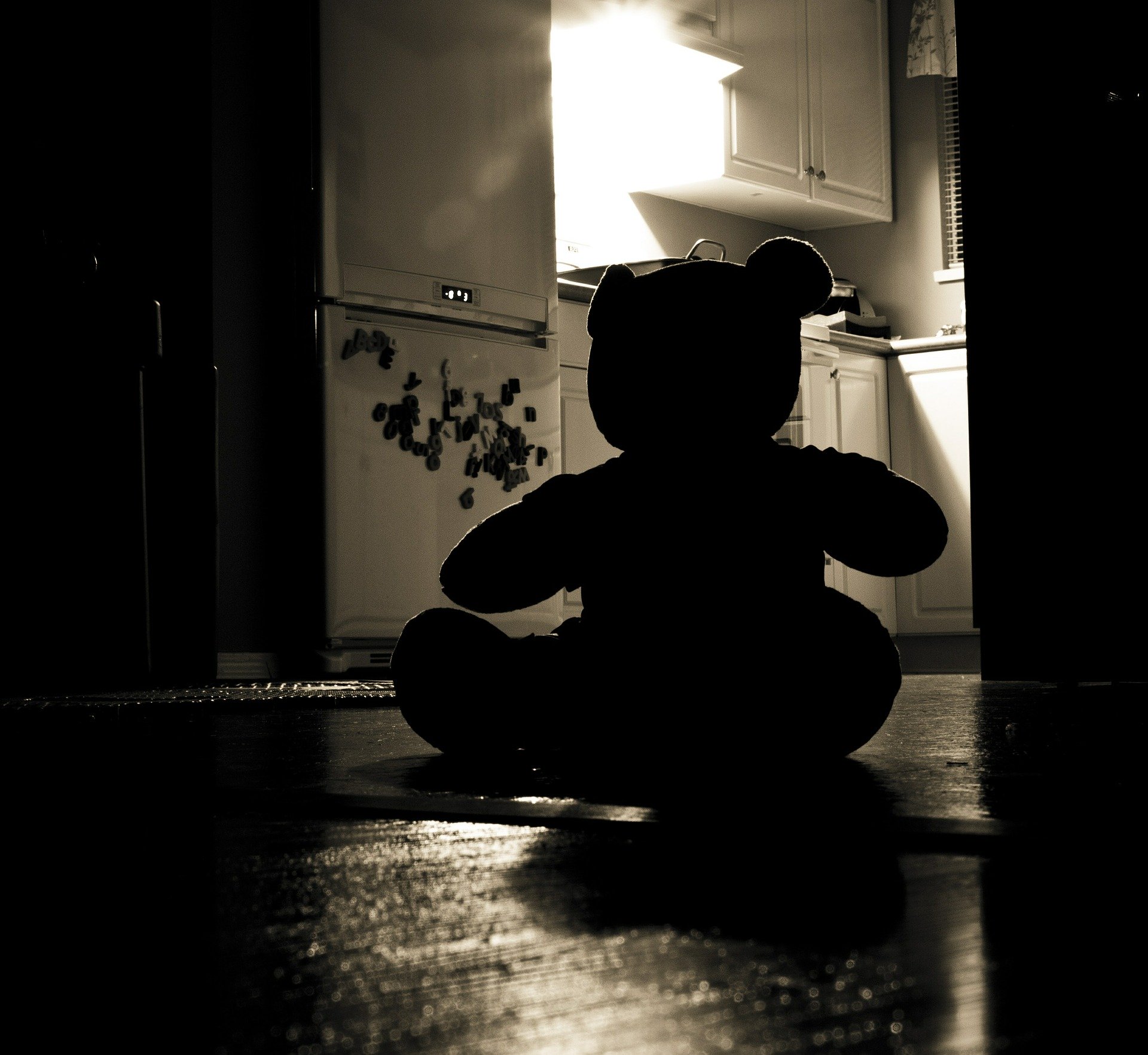 ‘Hi. Welcome to the Make-A-Monster Workshop, where you can literally Make A Friend.’

The greeter’s smile was so bright, it looked like it had come with his cheerful blue uniform.

The badge on his breast identified him as Kevin, with a logo in the corner Ash didn’t recognise — at a glance, it seemed to be a lot of very tiny circles pressed close together.

They cleared their throat. ‘So … how does this work?’

‘First, you choose one of our huggable buggable bases,’ he said.

‘Buggable?’ They asked, but Kevin was already indicating the display unit. They promptly forgot their concern.

A collection of plushie torsos were ranged across the shelves: some long and snake-like, some animal-like with too many sockets for limbs, and one that looked like it might just be a very large, furry sack.

‘From there,’ Kevin continued, ‘you can select the tangly strangly limbs.’

He indicated several bins full of a myriad of limbs and appendages. Tentacles, claws, tails, wings, hands, feet, paws, even strange round pseudopods or lengthy stalks. The detail on their plush designs was incredible — some had shimmering scale prints, others a matt effect that seemed to resist light.

Some had overlapping feathers that were soft to the touch.

‘How many can I choose?’ they asked, stroking a tentacle.

‘Why, as many as you like, of course! Then it’s just the silly killy head and the EYYYYYYYYES.’ His words stretched and distorted, growing deep and guttural.

A shiver ran down Ash’s spine. They were momentarily distracted from the shelves of monster heads, each neatly displayed on a small plastic spike. ‘Sorry, what?’

Kevin’s smile seemed to strain the edges of his face. His eyes watered from the effort. ‘Just the eyes, I said. So that your new friend can *always* watch you.’

They were into some pretty weird shit, normally, it had to be said. But something about Kevin’s ever-widening smile put them on edge. Not least because out of the corner of their eye, it was starting to look … sharp.

But on the other hand, when would they ever get the opportunity for a plushie as wild as this?

Kevin said, ‘All limbs are half off, today only.’

‘Half off?’ Ash rushed back to the limb bins, their mind spinning with possibilities.

An hour later, Ash walked out of the Make-A-Monster Workshop with an armful of the buggablest, strangliest, killiest monster plushie.

Kevin stood in the doorway and waved them farewell. ‘Goodbye! He called as Ash rounded the corner. His eyes filled with inky darkness. ‘And Good luck.’

Inspired by … my own toot/tweet? And exacerbated by Bjørn Larssen and Queen Terrible Timy playing with me on Twitter.

Image by thisguyhere from Pixabay.

2 thoughts on “The Make-A-Monster Workshop”